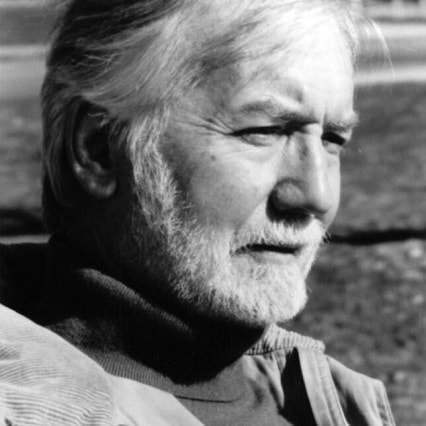 “Mr. Bradbury invented the future; Mr. Unsworth invented the past.”
Barry Unsworth rose from modest circumstances in depression-era Durham near Newcastle Upon Tyne, to become one of England’s most important late twentieth century and early twenty-first century novelists. Born in 1930 into a coal mining community, Unsworth graduated from Manchester university in 1951. As an aspiring author he supported himself for more than a decade as an expatriate English teacher around Europe and Turkey. With the publication of his first novel, The Partnership, at the age of 36, Unsworth began a steady climb to literary prominence.

In 1980, Pascali’s Island, set in the Eastern Mediterranean against the backdrop of the declining British Empire, put Unsworth on course to popular and critical acclaim. Shortlisted for the Booker Prize, eight years later Pascali’s Island was released as a motion picture starring Ben Kingsley. Over a nearly fifty-year career, Unsworth penned seventeen novels, and one piece of non-fiction, including Morality Play, which also became a film starring William DaFoe (The Reckoning). Unsworth reached the apex of his career with the publication of his epic examination of the slave trade, Sacred Hunger, in 1994—for which won the Booker Prize jointly with The English Patient.

In 2011, a year before his death, Unsworth finished the sequel to Sacred Hunger, Quality of Mercy, also short-listed for the Booker. More comfortable away from the UK than at home, Unsworth passed away in 2012 in Perugia, Italy, at the age of 81. Ironically, he died on the same day as science fiction legend Ray Bradbury, leading the Wall Street Journal to comment: “Mr. Bradbury invented the future; Mr. Unsworth invented the past.”